Hey there everyone :O)  been awhile again but I am still here. I've been really busy of late, cold weather had motivated me immensely lol   I do know that I'm not done with the house at all but got it close enough to move into it on the 22 nd. :O)  gave myself a birthday and Christmas present this year that I wont be forgetting anytime soon.  Such a amazing feeling it is to be moving into a brand new house (unfinished)  that you have built yourself. :O)  Haven't been working much, too cold but I have been working pretty much none stop on the house.
I moved into the RV on Feb 5th 2011 and then moved into clayts and Penny's fifth wheel last Dec and then on Dec 22nd 2014 I moved into my house :O)  I am so happy with what I have accomplished. Its a very good feeling to tell people that I built my house, I didn't buy it, didn't have someone else build it, it has my blood sweat and tears in it.... 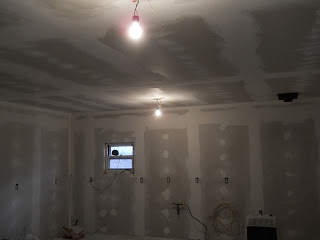 all the sheet rock is in place, mudded, sanded, and getting ready too primer and texture the ceiling.﻿ 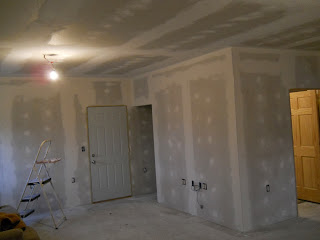 start of the primer 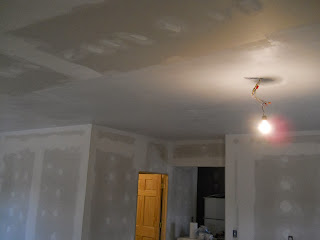 ceiling is primered arms were sore and tired from all the sanding and mudding and sanding and even more sore after the primering.﻿ 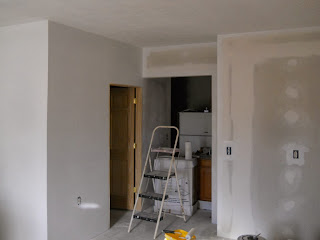 painting the walls now, the ceiling is textured at this point as well. 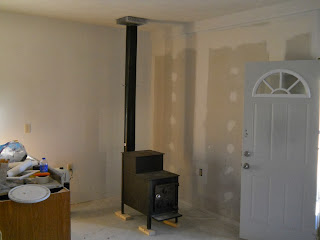 my wood stove. It doesn't take much of a fire too make it hot in the house. the house with the insulation that I had sprayed in is amazing...  to say the least..   for a month all I used to heat the house with was a 20000 btu vent less heater and I had the water heater going too and it only used 25 gallons of propane.  at 1.69 a gal comes out 42.25   I don't feel that is too outrageous.  considering there was some really cold days and night during the month.  allot of going in and out of the house and having some of the windows open allot of the time too.   now that I have the wood stove going I will be using even less propane. 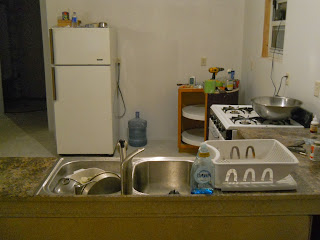 seem odd to see a picture of a sink with dirty dishes in it :O)  but there is such a joy I feel when I get to use the sink With running water thank you very much :O)  No more heating water on the sink to do dishes :O) 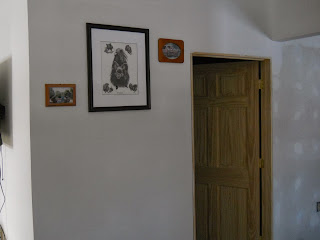 That's a picture of my cricket dog and two pictures of my dad on either side. 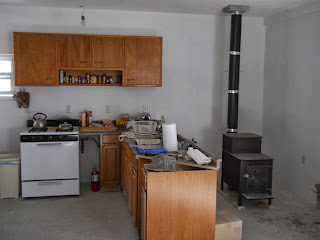 and this is the kitchen, still need to put this end of the counter top on it and build the wall around the outside edges of the counters, and some flooring, and a kitchen light, and some other stuff too but who's keeping track anyway?  :O) 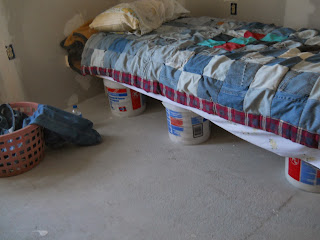 Okay, laugh now and get it out of your system :O) this is my bed. Yes the mattress is resting a a cut down piece of plywood and its resting on yes, sheet rock mud buckets..  6 of them to be exact. :O) but you know what? It works just fine until I go back to work and start making some more money. I don't mind my redneck bed and the cat doesn't seem to mind either :O) 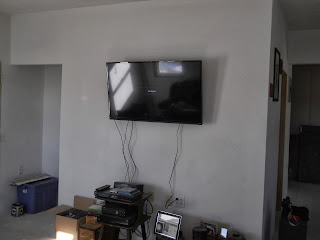 here is one of the essentials also :O)  I bought a TV the other day :O)   need a entertainment center to put everything on and in but not yet. 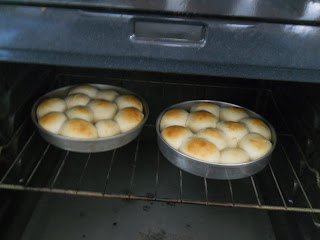 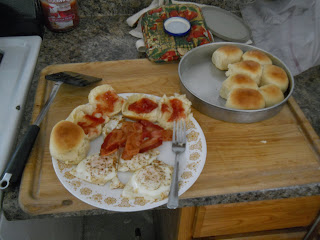 breakfast, listen closely and you can hear my arteries hardining and plugging up :O)  but damn its so good..  Every ones gotta die, might as well go happy .. 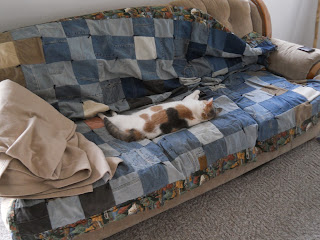 Fat cat hogging the couch and her front feet are on the tv control as well.     and That is carpet in front of the couch too :O)  a friend and his wife had some extra carpet hanging in their barn and they brought it over and gave it too me :O)  Thankyou very much mike and anita :O)  already have it down and its really nice :O) 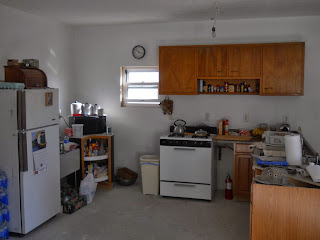 The kitchen again, the space on the left of the stove will have more shelf and counters tops that will go to the lazy susan and around to the frig. 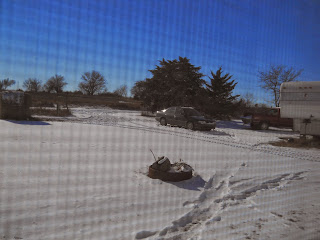 our little snow storm we had last week. 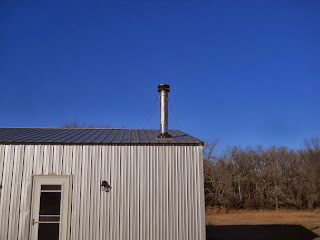 the chimney for the wood stove. clayt came over and helped me that day put up the chimney and then we put counter tops on in the kitchen. Thanks for the help clayt :O)    thx